We Support the LFSW Mission!

Supporters of the Mission Statement, in formation.   Thank you for your courage and sustained commitment. 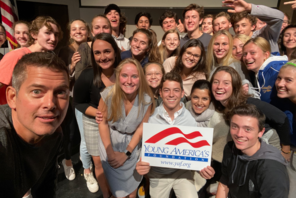 FROM OUR MISSION STATEMENT OF 2015. . .
We are Republicans, Democrats, Independents, Libertarians, and non-Affiliated.  We are Conservative, Liberal, and Moderate.  We agree on one thing:  that the administrations and boards of education of the public schools in Lake Forest, Illinois; to wit; Lake Forest High School, Deer Path Middle School, Cherokee, Everett and Sheridan elementary schools,  must serve the needs and desires of the stakeholders.  They are the parents, students and taxpayers of District 67 and District 115.
Our needs and desires are these:  that LFHS and the middle and elementary schools provide a world-class education.  Period. Our children deserve no less. The taxpayers deserve no less.  We want our children to be enabled to achieve their highest possible levels of academic accomplishment in an atmosphere that is socially, emotionally, and ethically age appropriate and devoid of political or other agendas that have nothing to do with the best academic interests of the children in Lake Forest public schools.
LFSW exists to ensure that parents and taxpayers may band together, share information, become informed, speak truth to power, and engage in concerted action.  Most importantly, we seek to ensure the transparent slating and election of School Board Members who are competent, reasonable, and courageous critical thinkers who embrace the LFSW mission.  We want School Board Members who will serve the best interests of Lake Forest public school students and taxpayers, exclusive of their own social or political agendas, and who will comply with the legal and fiduciary duties they owe to the districts they serve and the people who elect them.
LFSW supporters pay no dues, live in District 67 or 115 in Lake Forest or District 65 in Lake Bluff/Knollwood  and agree with this Mission.

Founded in 2015 in the wake of controversial LFHS Board decision-making, Lake Forest Schools Watch (LFSW) was formed to ensure that administrative and board decisions on curriculum, personnel, fiscal, and other issues are fully informed, completely transparent, ethical and solely in the best interests of  Lake Forest students in helping them obtain a world-class education.​

De-tracking for "Equity" or Mediocrity at LFHS?  Read more here.

for Failure to “Hold Monthly Meetings” During COVID

Despite gaining national recognition from the Young Americans for Freedom’s National Board in 2020 and being the most popular club at LFHS, LFHS administrators have cancelled LFHS YAF, effective immediately.

We obtained the email from YAF’s faculty sponsor, sent May 21, 2021, setting forth the reasons for cancelling LFHS YAF:

The Stipend Committee reviewed and discussed the YAF application to transition to a full-time club. The Committee determined that the pilot did not meet the established criteria for pilot clubs, including holding monthly meetings.

If there is a future interest in applying to have YAF as a pilot club, students are eligible to apply again in the fall of 2022.

Ashleigh Malec, described as a “General Administrator” on internal LFHS finance documents makes over $113,000/year in salary and benefits.  She is also known as the “Club Czar” as she was hired by disgraced outgoing Superintendent Mike Simeck solely to keep tabs on dodgy youth activity at LFHS, like the subversive “Art Club”  the obviously suspect “Bass Fishing Club” and the perennially shady “Chess Club.”

Her “standards” for determining the “established criteria” for “pilot clubs” must have been only recently developed as earlier published reports on those pilot program “standards” are only that they should “run for about a year to see how it goes, basically, to see if it takes off”, according to Ms. Malec. “Sometimes they fizzle out.”  LFHS YAF, having won National YAF’s “High School Chapter of the Year” in 2020 apparently “fizzled out”, even though, pre-COVID, the YAF students packed the school auditorium for presentations by Steve Forbes, Rachel Campos-Duffy and former U.S. Congressman Sean Duffy.

Yuh Schabacker-Koppel, wife of LFHS’s newly elected Board Member Marcus Schabacker was a chief opponent of YAF, calling it a club that makes “others feel intimidated” and is spreading “fear, sadness and sleepless nights among many in the community.”