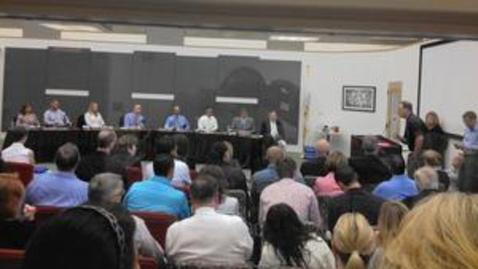 Lake Forest Schools Watch formed after the District #115 Board of Education approved Superintendent Michael Simeck's pick for LFHS principal, Chala Holland.  Approving her hiring went against the expressed needs and desires of the LFHS stakeholders who overwhelmingly opposed her hiring on several grounds.  Those grounds included her relative teaching and administrative inexperience, her professional focus on Urban Education and Racial Equity and not on issues relevant to LFHS student needs (LFHS is over 90% white and 1.2% black and not "urban"), her divisive views on race and "white privilege" expressed in her own words on her own website and social media, her views against academic tracking as akin to "Jim Crow" laws and her attempt to "scrub" her divisive views on her website and Facebook when news of her candidacy for the principal job was leaked in mid-May, 2015.  As of July 15, 2015, she has continued to remain silent regarding her views on race and her attempt to hide those views from LFHS stakeholders, despite having ample opportunity to do so via the LFHS email system. 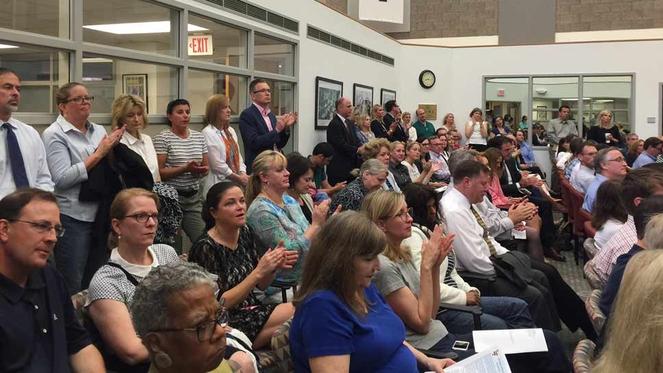 From Chala Holland's scrubbed website, accessed after May 16, 2015 only through web archiving services at: 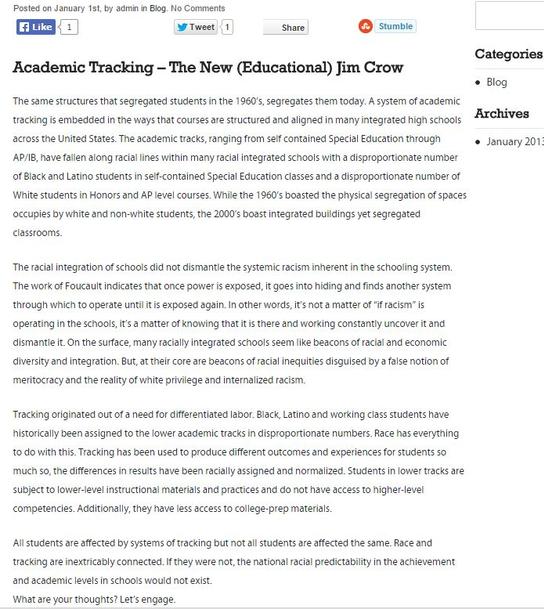 The LFHS community, beginnng in mid-May, 2015, began to protest  not only Simeck's top "pick" for the job, but also Simeck's process.   Instead of employing a professional search firm and taking his time to field the very best and most appropriate candidate for LFHS, Simeck  posted the top job on a website for three weeks. The posting allegedly garnered 25 applicants and, Simeck, with his own hand-picked "teams" of educators, parents and students, winnowed the list down to Dr. Holland as his top choice.  When news of this choice leaked to the LFHS community, over 740 people immediately signed a petition against her hiring.  The "special" meeting Simeck called for 7 a.m. on the Tuesday morning after Memorial Day, (May 26, 2015) at which he hoped to obtain Board approval of this hire was packed with a standing-room only crowd (even despite the lateness of the meeting notice and the timing of 7 am. after a holiday weekend).  The crowd was overwhelmingly opposed to this hire. 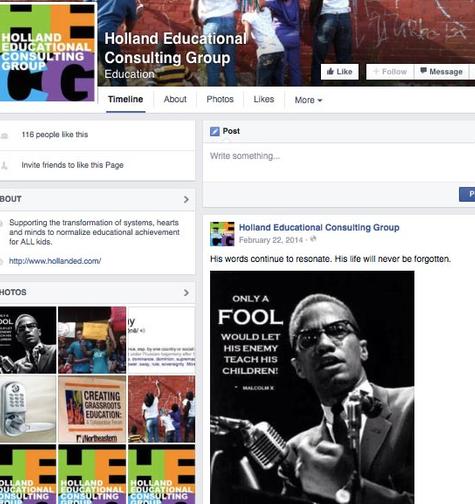 "His words continue to resonate.  His life will never be forgotten."--Chala Holland, newly hired LFHS principal, endorsing Malcolm X's opinion on "the enemy"  in 2014 on her Facebook page.

The Board postponed the vote.  From mid-May onward, the Board of Education members were inundated with phone calls, emails and face-to-face meetings with LFHS stakeholders, the vast majority of whom opposed this hire.  Despite this, at the June 9, 2015 Board of Education meeting held at the West Campus gym, where an estimated 350 LFHS parents and District taxpayers showed up to express their grave concerns at this pick, the Board of Ed. approved the hire by a 6-1 vote (Moorman voted no, Marcusson, Kreiling, Lane, Schreiber, Powers and Eliot voted yes).

Lake Forest Schools Watch was formed as a vehicle for parents to stay completely informed, share information, vet School Board candidates and ultimately defeat those 6 Board members who voted against the expressed needs and desires of the Lake Forest High School Community and common sense and for some other agenda when they approved the hiring of Chala Holland as LFHS principal and renewed the contract of Superintendent Michael Simeck.